Our Pet Pick, Bernie Mac is a spunky and playful 8-year-old Dachshund/Jack Russell Terrier mix who is looking for his forever home.

When you adopt Bernie Mac, you will get a $25 gift certificate in doggie dollars from Subaru of Las Vegas to be spent on doggie goods at the accessories counter. 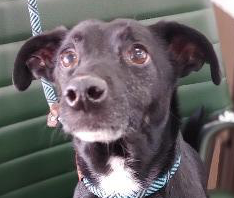